From history to us

“The history of I Borghi dell’Eremo begins long time ago, when the ancient paths placed on the ridges of these hills guaranteed a safe passage for the Etruscan populations who moved between the lucumonies (ancient cities) of Chiusi and Perugia. In the area of Monte Arale, in which we are, the presence of an important Etruscan temple dedicated to Diana, the goddess of hunting, never found until now, had been hypothesized several times.

Before the foundation of the Benedictine abbey called San Giovanni dell’Eremo attributed by historical sources around the 12th century, it is hypothesized that on the same area there was a fortified place of the border line of the Byzantine corridor (between the 6th and 8th centuries A.D.). In Longbard territory, it was mainly characterized by the strategic military position, surrounded by fortified walls, very important as a road junction due to the position in the strategic road network at the time.

The environmental conditions have favored the early presence of the Benedictine monks first and then the Camaldolese ones, of which we have certain news as early as 1206. The Camaldolese monks in fact guarded the secrets for melting glass, inherited from the Romans. The members of this order, in fact, saw the use of glass as a way of glorifying God and dedicated themselves to the manufacture of this material in their monasteries. Other than praying, they carried out artisan works, continuing ancient crafts and teaching their secrets to other monks; they read, studied and dealt with medicinal herbs (still easily available within the estate).

It is assumed that they made glass here at Eremo di San Giovanni, with melting furnaces with crucibles inside, necessary to obtain the fusion of glass, a material useful for obtaining vials and containers, since certain herbal infusions could not be preserved in terracotta, habitually used. The glass containers, light and reusable, were also more easily transportable.

The choice of this place for the creation of the glass was facilitated by the dense presence in our woods of a fundamental element for fusion: the fern. In fact, soda ash is obtained from the combustion of the maceration obtained from this plant.

It is known that the Camaldolese monks order had been entrusted with the work of the artistic stained glass windows of the cathedral of Orvieto, in 1295. This glass art, started here at the Eremo, was handed down to the inhabitants of Piegaro who continued this tradition with care and passion. craftsmanship, from then to the present day.

The Abbey of San Giovanni dell’Eremo had its heyday at the beginning of the 1400s. The Annalists pause for a long time to talk about an abbot named Gaspare of the noble Rossi family, who participated in the council of Constance (a. 1415) with important assignments. Pope Martin V appointed him bishop of Foligno in 1421 and bishop of Frigento in Irpinia in 1424. In this capacity he participated in the council of Basel.

This period of luster lasted until 1471, when Pope Sixtus IV abolished the ancient Monastery of San Giovanni dell’Eremo (in that year there were about 6 to 8 Cistercian monks of French origin in the small monastery) and the Commenda was established with the title of Abbey. The first commander was Cardinal Della Rovere, followed by the Cardinals Farnesi, Giustiani, Ludovisi, Mattei, Alessandri, Paolo, Barberini, Colonna, Carpegna. In 1752 it is known that Cardinal Sagripanti took possession of the abbey conferred directly by Pope Benedict XIV, followed by Cardinal Lambertini Bolognesi. In 1795 Cardinal Rinuccini was invested, followed by Monsignor Carlo Caselli and Cardinal Gazzoli. In 1816 Cardinal Gabrielli, a Roman prince, took possession of it.

The Cardinals who took turns were the owners of the commandery and entrusted the management of interests and agricultural production to a “tenant” of the place, in exchange for an income and the obligation of maintenance of the church and the custody of the same and its functions.

Numerous letters and manuscripts, from 1500 to the end of 1800, narrating the history of the Abbey are kept in the Episcopal Archive of Città della Pieve; among the letters between the tenant and the people running the Curia, it is possible to understand very well the active dynamics within the estate (presumably extended as nowadays), and they report the revenues obtained from the cutting of the woods, from agricultural production (mainly wheat and fruit), the specifications of the resources used and last but not least, the tasks entrusted to the parish priests of the Church of San Giovanni who also managed and looked after the churches located in Piegaro and all the activities of the village brotherhoods. A fascinating mirror of the past centuries, shown in elegant scrolls romantically written with a nib and inkwell. 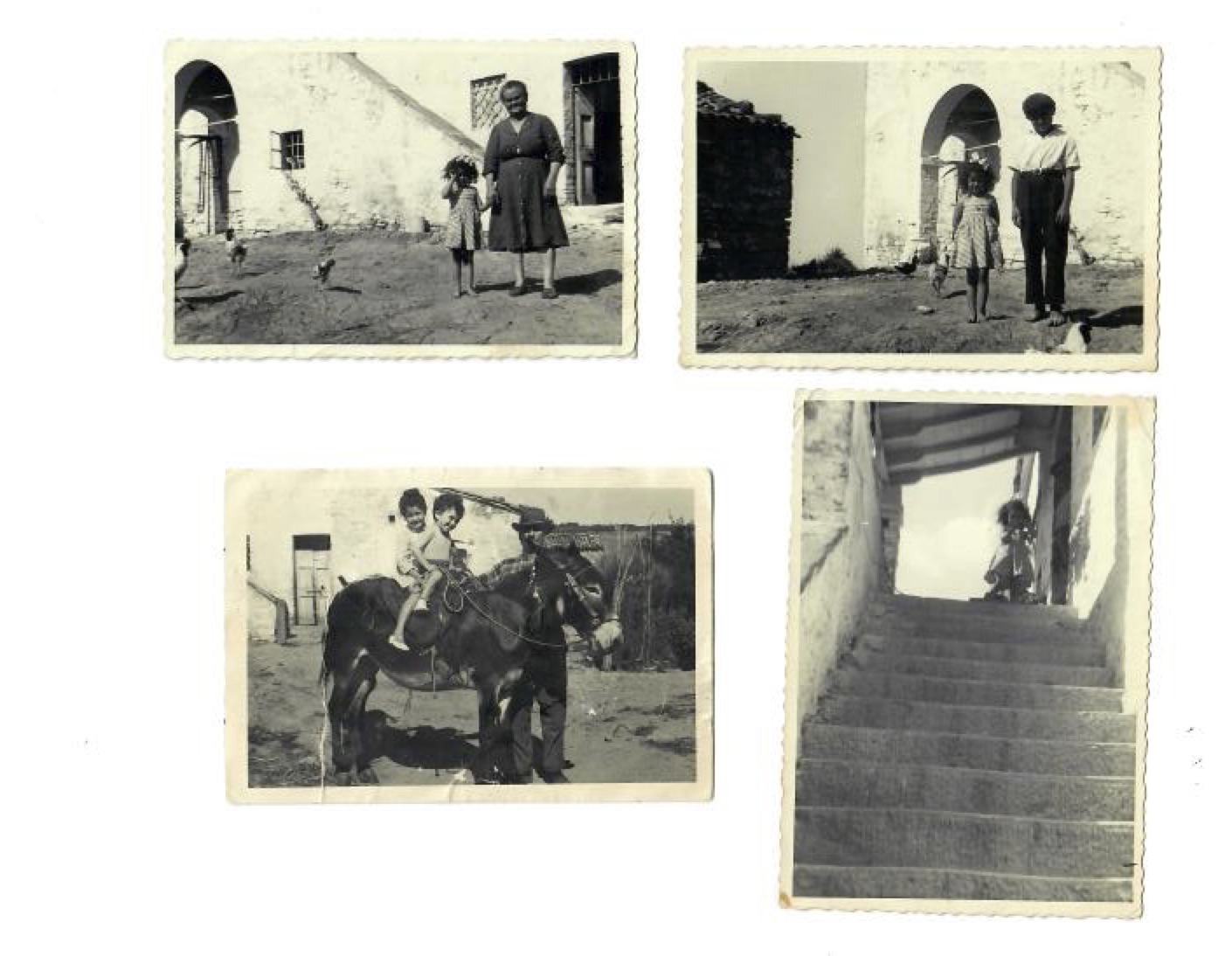 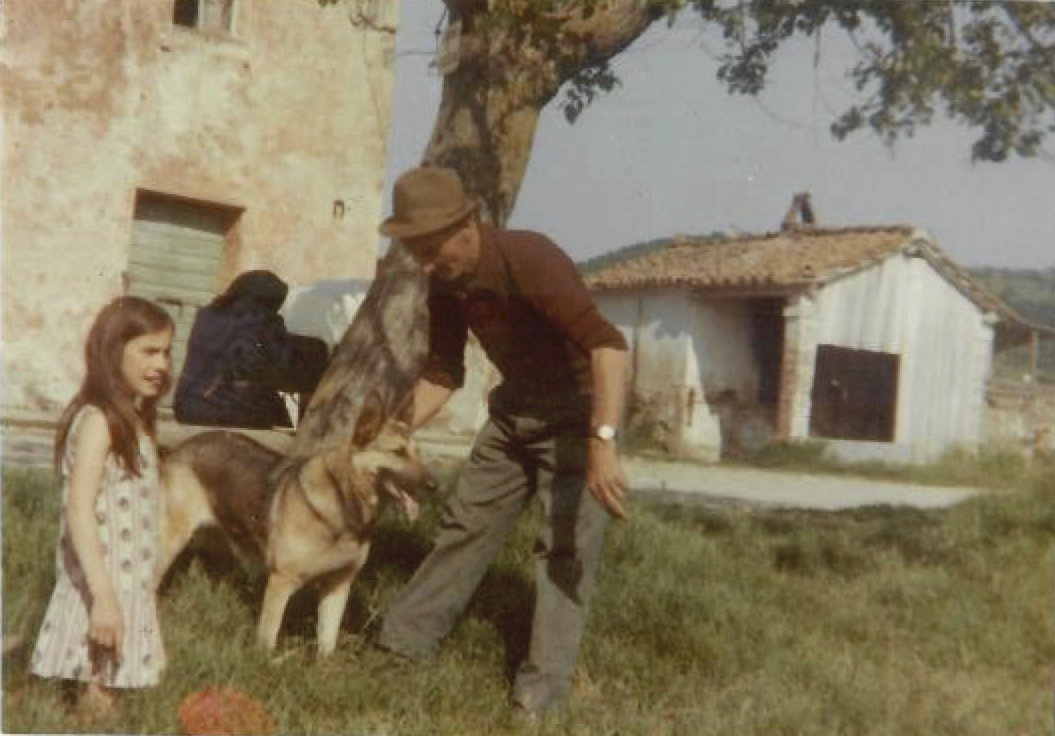 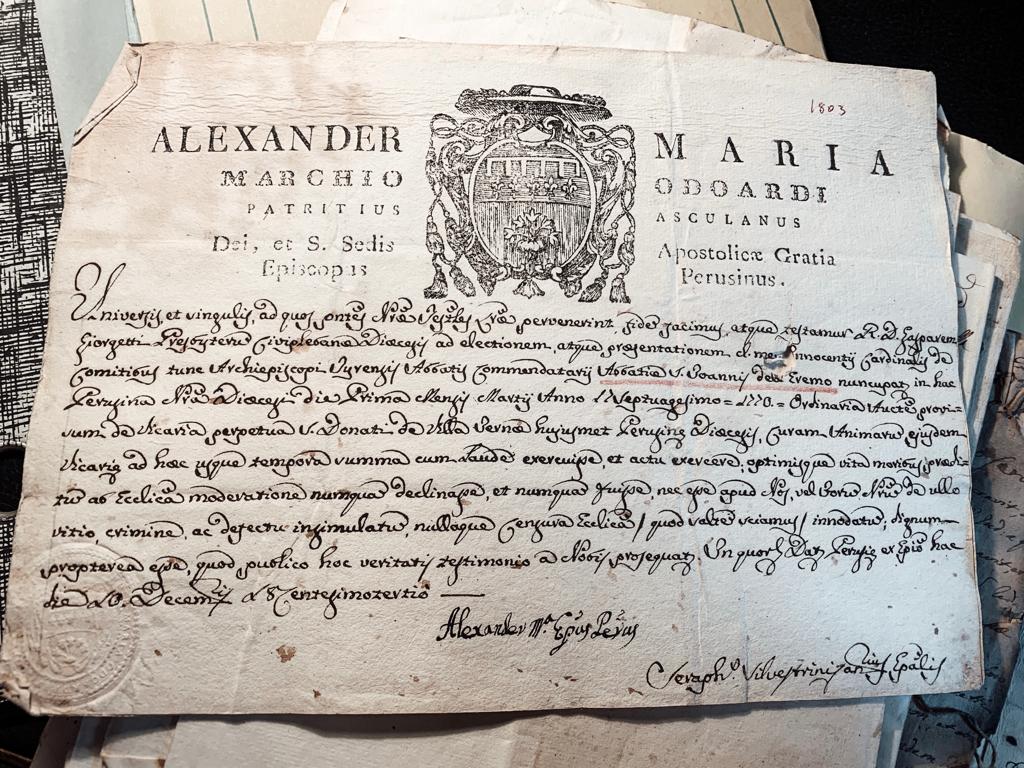 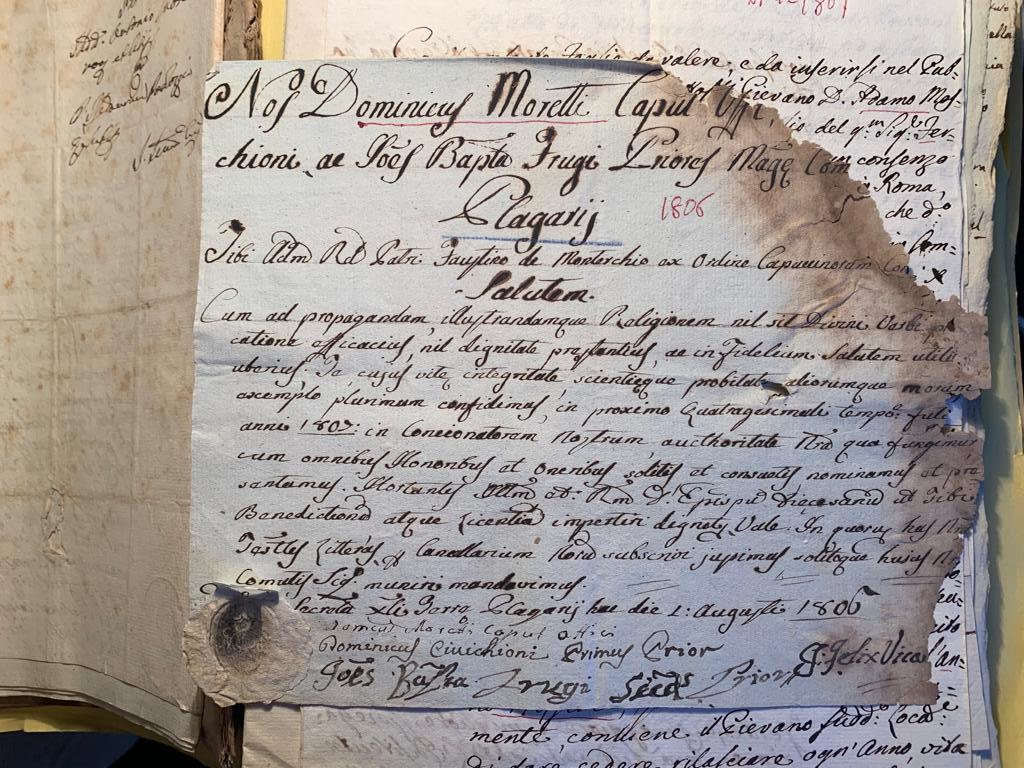 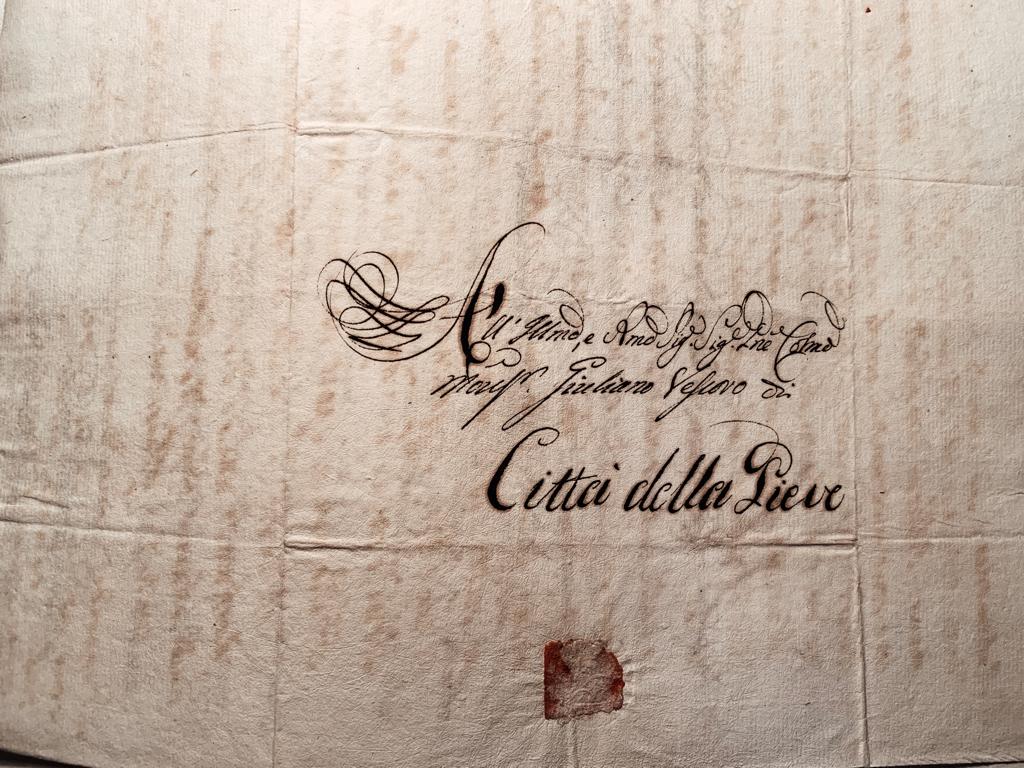 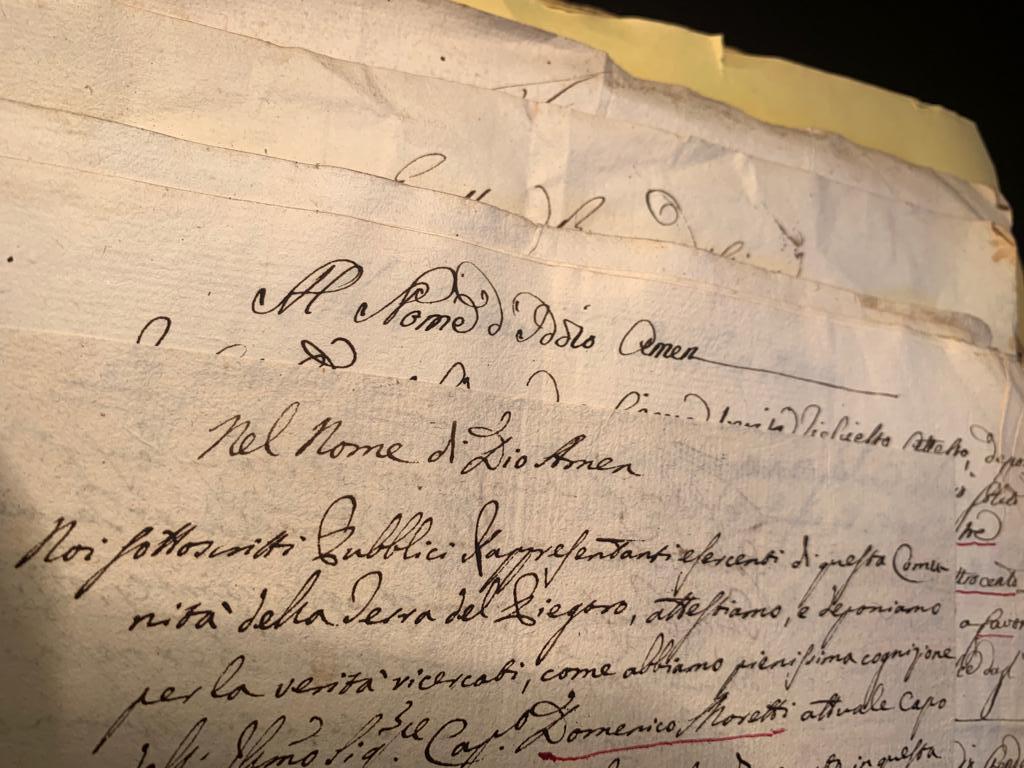 Among the recent owners of the estate is the Moretti family at least until the middle of the last century, followed by a family of Libyan origin and the Cofano family who developed the agritourism characteristics and made the last handover of the farm with the Galletti family, current owner.

The Galletti family immediately started the renovation of the entire estate with enormous passion and dedication, starting with the farm, first re-introducing the farms, then recovering the hundreds of olive trees that poured in a state of neglect and planting new fruit trees and new crops, in addition to the enhancement of the ancient hunting reserve.

Subsequently, the recovery of “La Crocicchia” began, orienting the restructuring of the rooms in the desire to create an exclusive location for events and weddings, a dream made concrete by the success that the venue has achieved in recent years.

Started in 2016, finally in 2021 the hospitality project of San Giovanni dell’Eremo saw the light, that is the recovery project of the ancient abbey and the adjoining farmhouse to create an area of hospitality, catering and well-being. After several years of renovations and slowdowns caused by the pandemic, this elegant location has also opened its doors to Italian and international guests, attracted by the beauty of the environments and the originality of the project, that is to offer elegant hospitality at human scale, which puts first the human relationship and the quality of services, as well as an extraordinary reinterpretation of Umbrian cuisine.